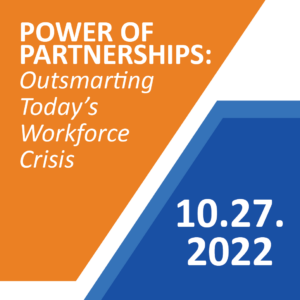 For Employers and the Community

Discover why hiring people with disabilities is a unique solution to today’s workforce shortage from industry experts.
REGISTER TODAY!

Creating inclusive career opportunities for people of all ages and abilities is a core mission at JSSA. Everyone deserves to experience the independence that employment affords.

As community leaders, JSSA supporters, and corporate executives, we invite you
to join JSSA’s Employment Services team and other experts from around the region for a robust conversation on why hiring people with disabilities is a unique solution to today’s workforce shortage.

Network with other like-minded leaders, and be part of this important conversation as we bring our collective experiences together to build an inclusive workforce in the Washington, DC, region.

Tickets are $65 per person. 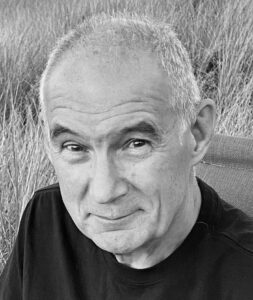 Randy Lewis served as Walgreens’ chief supply chain officer for sixteen years as the chain grew from 1,500 to 8,000 stores.

He pioneered a disability employment model in Walgreens’ distribution centers that resulted in ten percent of its workforce consisting of people with disabilities (1,000+ PWDs) who are held to the same performance standards, paid the same wages, and work side-by-side with non-disabled workers. It began with the launch of a distribution center in 2007, which became the world’s first-ever large-scale deployment of people with disabilities (40% of the workforce) in a mission-critical site. The facility remains the most productive in the company’s 120-year history. From there, the model has spread to Walgreens’ other distribution centers and to other companies in the U.S. and abroad, including companies such as UPS, Toyota, Procter & Gamble, Marks & Spencer (UK), and Natura (Brazil).

His book, No Greatness Without Goodness, was released in April 2014 and was named by Fast Company’s 10 New Books You Need To Read This Year. The book recounts the story of how the initiative came about and what led to its success. He remains active in promoting disability employment around the world and advising companies and communities in their efforts. 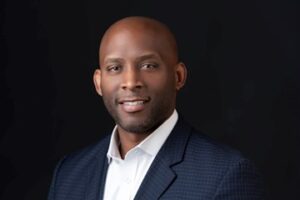 Thomas Penny, a thirty-year hotel industry veteran with twenty-six of those years with Donohoe, has ushered in strong performance metrics across many brands and submarkets. Over the past thirty months, while many were making hard choices to stay afloat in one of the most challenging times in the history of the hotel business, Thomas added six new hotels and brands in three new submarkets, including opening his division’s first hotel in Las Vegas. Simultaneously, he helped organize a group of business leaders to successfully get $65M in much-needed hotel relief grants from the DC government. Thomas has methodically promoted deserving associates and leaders throughout the organization while attracting highly regarded leaders from some of the largest hotel management companies in the country.

Today, Penny is responsible for 15 hotels, 12 in the DMV, 1 in Baltimore, MD, 1 in Charlottesville, VA, and one dual-brand hotel in Las Vegas. Additionally, his organization has another six hotels in the development pipeline.

As an American Hotel and Lodging Association (AHLA) Board Member, Thomas was tapped to serve as Vice Chair of the AHLA Management Committee to help the industry solve its unprecedented recruitment challenges and rebrand itself to attract the next generation of leaders. Thomas is a member of the Residence Inn Systems Standards Committee, working with other Residence Inn franchisees to help the brand think through standards and systems to drive performance and market share. He was invited to serve on Marriott’s “Bridging the Gap” Steering Committee to help Marriott increase the number of underrepresented hotel owners and support the advancement of Marriott’s DEI efforts. In addition to serving on the Board of AHLA, Thomas serves on the board of the Hotel Association of Washington, DC, National Academy Foundation (NAF), the Marriott-Sorenson Center for Hospitality Leadership at Howard University, Livingstone College, the DC Public Ed Fund, Covenant House of Greater Washington and is the co-chair of DC Central Kitchen’s “Bringing the Kitchen Home” campaign.

Stay up to date by subscribing to our newsletter.